Seminars will be on the Fridays listed below during the Fall semester, from 3-4 pm in the Mitchell Center.

If you are unable to attend in person, but would like to attend via Zoom, please contact Peg at peggy.killian@maine.edu for Zoom info.

If you are unable to attend but would like to view a recording if one is available, please also reach out to Peg.

Dr. Jeffery K. Tomberlin is a Professor, AgriLife Research Fellow, & Presidential Impact Fellow in the Department of Entomology at Texas A&M University. He is the principal investigator of the Forensic Laboratory for Investigative Entomological Sciences (F.L.I.E.S.) Facility (forensicentomology.tamu.edu) at Texas A&M University, and he is the Director of the National Science Foundation Center for Environmental Sustainability through Insect Farming.

Dr. Tomberlin’s research in the F.L.I.E.S. Facility examines species interactions on ephemeral resources such as vertebrate carrion, decomposing plant material and animal wastes in order to better understand the mechanisms regulating arthropod behavior as related to arrival, colonization and succession patterns. The goals of his program are numerous; however, a major focus of his research is on forensic entomology as well as waste management in confined animal facilities as well as concerns with food waste being placed in landfills. His research efforts for the past 27 years have been developing methods for the production of alternate protein sources for use as livestock, poultry and aquaculture feed from these resources.  Predominately, these efforts have been accomplished through his research with the black soldier fly. Since arriving at Texas A&M University in 2002, 19 Ph.D. and 21 M.S. students have completed their degrees under his supervision. To date, he has edited 8 books, published 28 book chapters, and +200 research articles which have been cited more than 14,000 times. Through his efforts, he was recently recognized as a Fellow by the Entomological Society of America.

Managed honey bees remain an embattled part of US agriculture and a topic of public and political concern, threatened by a pernicious combination of pesticides, parasites, and poor quality forage. Understanding the myriad behaviors, evolutionary histories, and ecological interactions that bees and their associated species exhibit is a long-term goal of ‘solving’ the current beekeeping and pollination problem. How can we apply ecological and evolutionary theory to improve bee health, and what fundamental hypotheses can we test while doing so?
Dr Lewis Bartlett is a newly appointed faculty research scientist at the University of Georgia, joint with the Department of Entomology and Center for the Ecology of Infectious Diseases in the Odum School of Ecology. His work over the last decade of graduate and postdoctoral research has mostly focused on the ecology and evolution of parasites and their hosts, with particular application to managed honey bees. His newly founded lab focusses on the evolved defenses of insects to their pathogens and parasites, evolutionary answers to pest and parasite control, and the adaptation of viruses to changes in the transmission ecology such as opportunistic vectoring or host population spatial structure changes; all of these topics centre managed honey bees and their associated species as applied model systems for answering fundamental EEID questions and simultaneous application of ecological and evolutionary theory in agricultural problem solving. 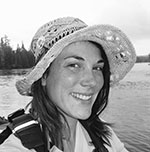 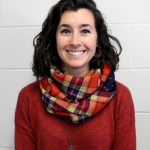 BIO 100: Implementing the science of teaching and learning

The genetic basis of fungal adaptation

Dr. Branco studies the ecology and evolution of fungi with the goal of understanding the ecological factors that generate and maintain fungal diversity. Specifically, the Branco Lab uses a combination of field, laboratory and computational approaches to investigate how fungi colonize and persist in the environment.

The earliest history of eukaryotes: integrating biological and geological data

This talk will focus on two sets of studies of vector-borne infections: The first will discuss the ZAIVE trial (Zooprophylaxis-aided ivermectin-based vector elimination) which assessed the use of ivermectin (a broad-spectrum antiparasitic drug) for anopheline vector control by mass treatment of cattle. A combination of insectary studies and a communityrandomized trial were used together, to address residual malaria transmission in central Vietnam. The second section will discuss an on-going NIH funded study using GPS data loggers in Western Massachusetts to identify and quantify specific geographic locations where the majority of human-tick interactions may occur to allow for targeted and impactful health programs.

Dr. Lover is an assistant professor of epidemiology, in the School of Public Health and Health Sciences, at University of Massachusetts- Amherst. His research over the last decade has focused on a broad range of public health programming for infectious disease control and elimination. This has largely focused on understanding and targeting the human ecology of vector-borne diseases. Seminar will be at the Mitchell Center with Dr. Overcast speaking remotely. Attend in person or email peggy.killian@maine.edu for the Zoom link info:

While physicists strive for a grand unified theory and develop models which account for all known processes, ecological and evolutionary models tend to focus on isolated patterns generated by a subset of relevant processes. Consequently, the factors responsible for shaping broad-scale biodiversity patterns (species richness, genetic variation, and phylogenetic diversity) in ecological communities are largely unknown. Unlocking these complex and dynamic patterns requires the development of theory and models which account for the hierarchical nature of biological organization and the reciprocal feedback across scales. Dr. Overcast will discuss ongoing work to develop such unified biodiversity models, and will present applications of these models to infer process from patterns of multi-dimensional biodiversity data (e.g. metabarcoding data).

Dr Overcast is a postdoctoral researcher in the EcoEvoMatics Lab with Dr Andy Rominger in the School of Biology and Ecology at the University of Maine. His research involves developing multi-scale computational models to investigate the accumulation of biodiversity in ecological communities that integrate over multiple levels of biological organization, including species abundances, genetic diversities, and phylogenetic relationships.

Living with Strangers: How anonymity makes huge societies possible in humans and a few other animals.

An essential feature of any society is the capacity of its members to distinguish one another from outsiders and reject foreigners on that basis. In most species that live in societies, the members must recognize each other as individuals. Dr. Moffett contrasts such societies with those of humans and a few other animals in which membership can be anonymous, a condition that makes it possible for a society, when conditions are suitable, to grow enormous. How and why anonymous societies emerged in our ancestors remains a question of significance to biology, anthropology, sociology, and psychology.

Dr. Mark W. Moffett’s research focuses on the life and death of societies in humans and other animals.

Middle School is the worst…and best training for a scientist: Why SciComm should be part of SciEd

This talk will focus on the importance of Science Communication to the public, approaches to effective SciComm, and how SciComm can be incorporated into the classroom at both the college and high school level.

Dr. Laungani loves getting students excited about exploring science through experiments & is passionate about training students to be great science communicators and both of these are key aspects of his classes.