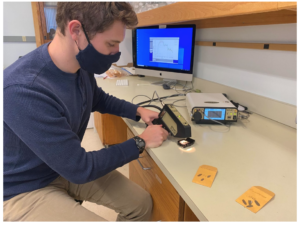 A recent paper published in New Phytologist by SBE graduate student Lance Stasinski was featured by CNN. Stasinski and his colleagues showed that leaf reflectance spectra – the way different wavelengths of light reflect from a leaf – can be used to accurately detect populations and the genomic ancestry of the arctic shrub Dryas. His findings are promising for the future of detecting, monitoring, and studying fine-scale diversity which is fundamental to ecological and evolutionary processes. The study was a collaboration between UMaine and the Field Museum and was funded by MAFES, NSF, and the Field Museum.